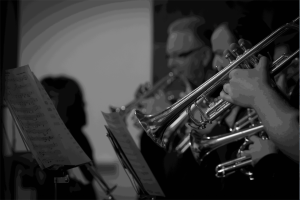 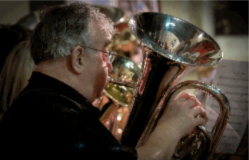 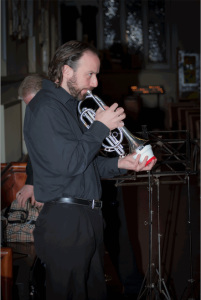 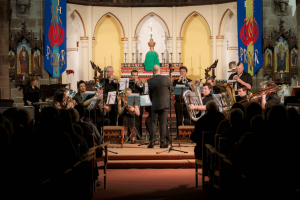 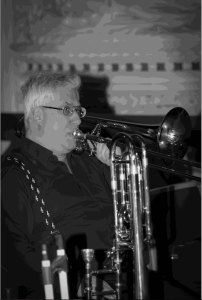 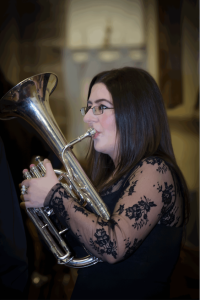 The band were invited to take part in the Asylum Link Merseyside Charity Concert which was held on 1st March 2014 at St Annes Church, Overbury Street, Liverpool 7

Paul Andrews, MD at Wingates Band kindly took up the baton for this event. The Asylum Link team made us very welcome and we had a great night. The band played alongside Liverpool Hope Voices of Hope; St Julies School, Mark Putney, L8 Sings, Hayli Kincade and the Oriel Singers. A great night was had by all.

A tremendous amount was raised for the charity for which we were delighted to be a part of.

For me in particular, it was nostalgic to return to St Anne’s Church as it was my family’s parish and I was christened and made my first holy communion there. I was not disappointed, the church is still beautiful and a great venue for a concert. Watch out St Anne’s, we would like to return.

We are also delighted to be able to secure the premises of Fisher More Hall at Bishop Eton Church in South Liverpool for rehearsals on Wednesday nights.

Our core players consist of the following:

On Saturday 7th December 2013 the band made it’s inaugaral performance at The Capstone Theatre at Hope University Campus on Shaw Street, Liverpool.

With the proceeds going towards The MS Society and The MS Trust, the concert was a great success, bringing together the newly formed band and the excellent Bishop Eton School Choir. Pictures from the concert will follow shortly on the Gallery page.

On Monday 23rd December 2013, a small group of the band performed at Bishop Eton Church as part of the Christmas Service. The following document comes from the ‘BE Alive’ write up in January. 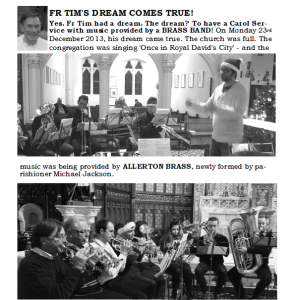