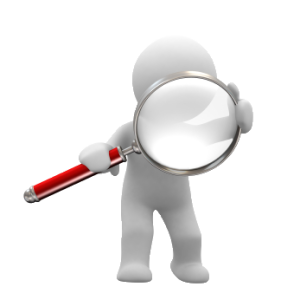 2018 has been another whirlwind year for the Band. In Competition, we started the year as a newly promoted Third Section Band and competed at the Brass at the Guild and NW Regional Brass Band Championships with little expectation of success. But for the second year in a row we managed to secure both qualification to the National Brass Band Championship Finals in Cheltenham and promotion. From January we will be a Second Section Band. Our performance in the Finals resulted in a 6th place finish too which was a considerable improvement on our placing in Fourth Section just 12 months previously.

Away from Contesting we have enjoyed some fantastic and very varied concert performances.

Our Spring concert at Capstone, Around The World In 80 Minutes, was a great success and we all enjoyed the opportunity to perform in the Metropolitan Cathedral on Light Night in collaboration with our friends from Walton Salvation Army and Formby Bands.

We made the most of the wonderful summer weather with performances in parks and fetes in and around the local area. The highlight of our summer season was however a really well received and attended Last Night of the Proms concert at St George’s Hall in company with the wonderful Chester Bach Singers and the Band’s great friend, the amazing Danielle Louise Thomas. We even finally managed to fit in the first of our recording sessions with the fabulous composer/arranger Bill Connor and as a bonus we were delighted to be take part in the local independent film Perfectly Frank which we understand will be released next year.

Into the Autumn our main event was the Remembrance Day Parade in Earlestown (Newton Le Willows). This is becoming something of a tradition for the Band and in this centenary year was a very poignant occasion indeed which was very well supported by the local community.

As ever, the Christmas period was quite busy for us this year. Our first performance (always a favourite with the Band) was for the Thursday Club (a facility for adults with learning difficulties) at The Unitarian Church in Ullet Road. This was closely followed by our own Christmas performance at Capstone, The Most Wonderful Time of the Year. This year we played to a full house and were again delighted to share the stage with the wonderful children of Sudley Primary School Choir (and their fabulous Musical Director Ali White), the ever professional Danielle Louise Thomas and even Dominick the Donkey! – What an ear worm that one proved to be.

We have also been fortunate enough to be able to support:

And we have done various other events in and around Liverpool to raise much needed fund for the Band.

Our social activities are an extremely important and integral part of what we are about. We do try to ensure we have regular events and this year we have enjoyed a Race Night, Summer BBQ and a Bonkers Bingo Night, all of which were very well supported.

This year saw the launch of our supporters group, the Friends of Allerton Brass which has been a great success with members enjoying regular newsletters, invitations to social events and open rehearsals as well as discounted tickets to our own promoted concerts. As we move into a New Year we hope to expand the membership of this group.

There’ll be no rest for the Band in 2019 either. The New Year will see us preparing for more Contests – Regional Championships preparations are already underway and will continue in earnest as soon as the New Year hangovers subside – and there’ll be plenty more events and performances too so please keep watching for details.